skip to main | skip to sidebar

how to export to csv an oracle table

In an OLTP environment, when you encounter this error check if you have bitmap indexes on you transactional tables.

This type of index may be a cause for ORA-60 .See also : http://www.oratechinfo.co.uk/deadlocks.html

In Oracle Database 11G there is a new 'feature' related to hacking prevention:

Logon Delays:
A hacker may attempt a brute force hack to break into your Oracle Database. In this case they try constant logons to the database using some form of a word list. Oracle 11g includes a logon delay that takes effect after the third failed password entry attempt. This makes the brute force hacking more difficult. After the third failed logon attempt, Oracle will incrementally delay subsequent logon or password prompts up to a maximum of 10 seconds. No delay will occur if the logon is successful.

Default value Derived from the values of CPU_COUNT, PARALLEL_THREADS_PER_CPU, and PGA_AGGREGATE_TARGET

how to authentificate oracle users in active directory

How to create OracleContext in Microsoft Active Directory 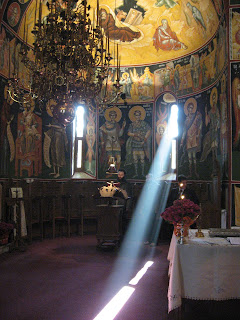 how to install oracle spatial 10g/11g

when my oracle support (MOS) is slow

how to compare 2 awr reports

Please be aware that the note below is not an official one.
You may apply what is written below, but on your own risk.

In the default profile in Oracle Database 11g, the parameter PASSWORD_LIFE_TIME is set to 180

In order to start an oracle database 11gr2 on a virtual linux x86 machine, you have to apply patch 8670579(from metalink)

Enter user-name: / as sysdba
Connected to an idle instance.

when to rebuild indexes - SYS_OP_LBID 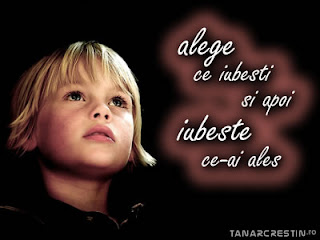 how to load images, videos and all multimedia stuff in oracle database

how to change the language of database error messages

Purpose of this document : To explain how to change the language of the Oracle RDBMS error messages.

utl_mail how to send emails from oracle

let's do it romania - ValiU

x2-8  has fewer but way bigger database servers. That means that x2-8 will scale better with the less RAC overhead for the databases

Unable to Connect to Database with Oracle Client Software for Windows [ID 215255.1]

Errors in ASM, after upgrade to 11gR2

FRM-92101: A failure has occured on the Server.
You will need to reestablish your session.

how to enable logging for oracle forms on application server

CURSOR_SPACE_FOR_TIME was originally introduced to try and help reduce latch contention by keeping cursors in memory in the SGA rather than allowing their data to be flushed from the shared pool. Such latch contention is avoided in current releases by the use of cursor mutexes and so this parameter is no longer relevant.

Note:
This alert is to warn that CURSOR_SPACE_FOR_TIME will be deprecated in these Patch Sets.

Systems running with CURSOR_SPACE_FOR_TIME = TRUE may encounter some rare scenarios which can lead to logical data corruption.

Woraround:
Customers currently using CURSOR_SPACE_FOR_TIME=TRUE are advised to change the setting to FALSE (the default),  or at least assess the impact of such a change prior to applying the 10.2.0.5 or 11.1.0.7 Patch Set.

In ASM, you can query the V$ASM_OPERATION view to determine the amount of time remaining for the drop/rebalance operation to complete.
Publicat de Alexandru Garbia la 8/27/2010 Niciun comentariu:


What happens when you forget a tablespace in begin backup, before a shutdown immediat

http://highscalability.com/google-architecture
"Now that you have a good storage system, how do you do anything with so much data? Let's say you have many TBs of data stored across a 1000 machines. Databases don't scale or cost effectively scale to those levels. That's where MapReduce comes in." Exadata uses at least a 4 MB Automatic Storage Management (ASM) allocation unit (AU) [more on ASM basics]. This means that there is at least 4 MB of contiguous physical data laid out on the HDD which translates into 4 MB of contiguous data streamed off of disk for full table scans before the head needs to perform a seek. With such large I/O requests the HDDs are able to spend nearly all the time transferring data, and very little time finding it and that is what matters most. Clearly if Exadata is able to stream data off of disk at 125 MB/s per disk (near physics speed for this type of workload) then any alleged “contention” is really not an issue. In many multi-user data warehouse workloads for PoCs, I’ve observed that each Exadata Storage Server is able to perform very close or at the data sheet physical HDD I/O rate of 1500 MB/s per server.

How to drop an offlined tablespace, if partitions from a partitioned table resides in it [ID 267125.1]

A boy, one who is athletically very talented but not too bright, takes on a job as a stripe painter for the highway department. The department gives him bucket of paint and a brush and drives him out to the highway he’s supposed to paint. His first day on the job, he paints a stripe almost seven miles long. This is an utterly stunning feat, for no one previously had ever painted more than five miles in a day. The department was ecstatic. Apparently, this boy’s true calling was to paint roadways.
Aflați mai multe »
Publicat de Alexandru Garbia la 8/11/2010 Niciun comentariu:

This is not an Oracle memory resource issue since
connecting via SQL*Net is using less PGA for the session than
a local connection which is successful.

no parallel hint when sorting or grouping

OFSA - ORA-01019: unable to allocate memory in the user side

When you try to drop a user, you can encounter the following message :

how to tune linux for oracle

Oracle recommends the SAME principle (SAME = stripe and mirror everything) with a stripe size of 1 MB.

ERROR-Agent is blocked. Blocked reason is: Agent is out-of-sync with repository

Communication: Agent to OMS Communication Fails if the Agent is Blocked and Re-synchronization is not Successful [ID 1054605.1]

After upgrading the OMS and Agent to 10.2.0.5 version, getting the following error in &lt;

The Agent is blocked in the Grid Console due to the "clean-start procedure" followed on the Agent side which included deletion of the &lt;


Note: Although it is not normally advisable to edit the targets.xml file directly, this is an exception.
To correct this problem, follow these steps:

2. Take a backup of the <<AGENT_HOME>>/sysman/emd/targets/xml.
Edit the file and add the following line:

To identify the agent hostname, open the <<AGENT_HOME>>/sysman/config/emd.properties file and check the parameter EMD_URL. For example:

The hostname of the Agent machine in this case is the agenthostname.domain.

5. In the Agent home page, click on the link for 'Resynchronize Agent'
Choose the 'Unblock Agent' option and click Continue

how to build your own exadata

The key of its performance is the Sun Flash Accelerator F20 PCIe Card  ( 4x96GB =384GB flash cache per each exadata storage server ( a.k.a cell ) ) and level 2 SGA cache from 11Gr2

"main class could not be found, program will exit!"

Why should AIXTHREAD_SCOPE be set to 'S' on AIX during an RDBMS installation?

After months looking at "other things", they finally were convinced to try this "Best Practice" with Jumbo Frames. Immediately, they saw:

OEM recommends that EXECUTE privilege being revoked from PUBLIC. After revoking the privilege, the  following errors appeared in alert log:

How to extract datafiles from the ASM

How To Super-Size Work Area Memory Size Used By Sessions

How to super-size the work area memory size that can be used by any session in the database?
See also : http://dba-blog.blogspot.com/2005/08/pgamaxsize-hidden-parameter.html and  http://www.jlcomp.demon.co.uk/snark.html

With the automatic PGA management mode, you can control the size for the work area sizes (e.g. for a big sort).

PLS-201: identifier 'UNDEFINED' must be declared

A very strange error.
No information on metalink about it.

Connections to the database via the listener (i.e. TCP)  are limited in number and testing reveals that this number is consistent.  A shutdown of database and listener will resolve the issue until

write CLOB data to a file

In Oracle 9i&10G, in order to use function based indexes, you have to set :

Purpose
An LDAP Schema is a collection of related entries (attributes, objectclasses) stored within an LDAP directory. An LDAP Context refers to all information relating to entries (users, groups, etc.) as well as their state.

Description:
When patching on 10.2.0.4 on Sun Soaris, the inventory information on the remote nodes can get corrupted due to the unpublished bug 7364519.
The actual patch is applied correctly on all remote nodes.  The problem is with the inventory on remote nodes.
This problem does not affect other platform.

The Grid Control login page displays the Login Form as well as the following message below it: ( note 758280.1 )

Save as xml the result of a cursor - dbms_xmlgen.getxml

An error message is displayed whenever you try to submit a scheduled workbook as a Discoverer user(note 282829.1):

how to see the number of rows deleted

There may be a firewall rule changed or the firewall is newly installed.

A Russian tourist arrives at London's Heathrow airport.
As he fills out the entry form, the immigration officer asks him:
-Occupation?
The Russian promptly replies:
-No, no, just visiting!

How to fix Nologging Changes 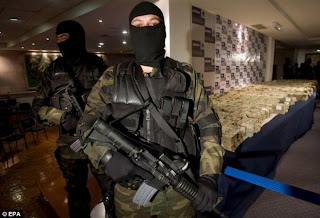 This is due to an invalid object being encountered.  Check the underlying trace file generated for any invalid objects and recompile them, e.g. search for "status=INVL", then look above for the object name:

With dbms_sys_sql, you are able to parse and execute SQL as other users.

which says it happens when machine is up for more than 248 days.


Solution
To implement the solution, please execute the following steps: